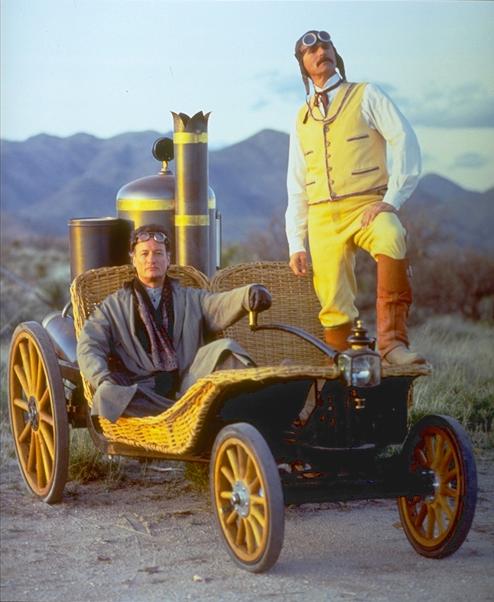 In the 1990’s, there was a short-lived science fiction/Western tv series called Legend that is one of my all time favorite shows. The premise was that a Jules Verne-esque writer of Western dime novels paired up with a character based on Nikola Tesla who could bring the scientific inventions he imagined in his books to life. It was set in 1876, one of my favorite periods for women’s fashion, so that was a plus. The series was a delightful mix of adventure, quirky humor, and gorgeous costuming, and it really captured my imagination.

Fast forward a decade or two, and I discovered the old BBC series Bramwell.

Bramwell is set in the mid-1890’s. That isn’t a time period that normally fascinates me, but after watching many hours of the show, the look is starting to grow on me. It doesn’t hurt that Butterick re-released some of their original patterns from that era, and I was able to get them on sale for dirt cheap. My day job is in a historical society, so I can get away with wearing historically inspired clothing without folks thinking that I am too eccentric.

And now, here I am discovering this trend of steampunk fashion. Yeah, I know I’m late to the party, but I don’t claim to be hip. I’ve known about it for several months, but what finally hooked me was seeing the wonderful pieces of steampunk jewelry designed by Kay on her Pizazz Beads website. I can’t say that they ever wore anything like that on Legend, but the general feel of the pieces reminded me of that series.

It should be no big surprise what my next project will be. The timing on my interest in this is impeccable, too. Fabric.com just got in a huge shipment of 100% cotton dotted swiss lawn and plain lawn. They are already sold out of white and the softer colors, but they also have some bolder colors that are also quite historically correct for the 1890’s. I have already amassed a small stockpile of steampunk jewelry beads and findings from Pizazz, so I am raring to go.